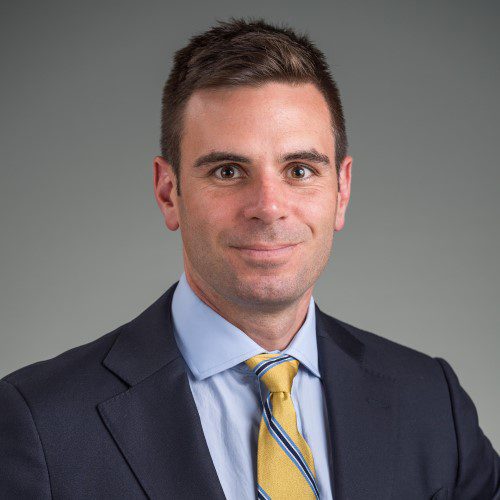 Gil Barndollar is a Senior Research Fellow at CSS and a Senior Fellow at Defense Priorities. From 2018 to 2019 he was Director of Middle East Studies at the Center for the National Interest. He has written for The Wall Street Journal, The Los Angeles Times, USA Today, The National Interest, The American Conservative, and U.S. Naval Institute Proceedings, among other publications. Gil provides frequent commentary and analysis on U.S. foreign policy to national and international media and has appeared on CNN, Fox News, the BBC World Service, and the Fox Business Network.

From 2009 to 2016, Gil served as an infantry officer in the United States Marine Corps. He deployed twice to Afghanistan, as a light armored reconnaissance platoon commander and as a combat advisor with the Georgian Army. He also led a Fleet Antiterrorism Security Team (FAST) platoon during deployments to Guantanamo Bay and the Persian Gulf.

Gil holds an AB in history from Bowdoin College and MPhil and PhD degrees in history from the University of Cambridge. At CSS he is working on a book examining America’s All Volunteer Force, conscription, and future national security threats.

“Facing Crises Around the World, Biden Does Everything But Make a Decision,” Business Insider, January 6, 2022.

“AUKUS Reveals How America and Europe Are Drifting Apart,” The National Interest, September 25, 2021.

“The Myth of a Sustainable Stalemate in Afghanistan,” The Diplomat, August 20, 2021.

“No Substitute for Strategy: What’s Wrong with ‘Defending Forward,'” The National Interest, February 3, 2021. (with Justin Logan)

“How a ‘Rapid Withdrawal’ from Afghanistan is Logistically Possible,” Responsible Statecraft, November 30, 2020.

“Stop Saying This is a Coup,” The American Conservative, November 7, 2020.

“Less Than Meets the Eye?,” The American Conservative, November/December 2020.

“The Best or Worst of Both Worlds?: Russia’s Mixed Military Manpower System,” Center for Strategic and International Studies, September 23, 2020.

“The US’s latest move to oust Assad from Syria may only help him dig in further,” Business Insider, June 24, 2020.

“The Options for U.S. Withdrawal in Afghanistan? Either a Bad Deal or No Deal,” Los Angeles Times, August 29, 2019

“A French Officer Speaks the Truth About the War in Syria,” Defense One, March 5, 2019

“The Pentagon Needs a Navalist as Secretary of Defense,” Defense News, January 15, 2019

“There is No Military Victory in Afghanistan,” The National Interest, January 7, 2019